It’s been at least 5 days of riding through the desert and we could not be more ready to be done with the sun filled stretches of nothing. We all woke up at the Econo Lodge dragging a bit, especially Shane who has been fighting a cold for a few days. Night riding 4 out of 5 days this past week probably hasn’t helped much but he’s a machine on the road and powers through it. We are all pushing through physical and mental roadblocks with the thought of riding up the coast to San Francisco being the carrot at the end of the stick.

This scenic route would mean adding an extra 80 miles to the trip via Hwy 58 to the PCH. The quicker and easier route would have been to just take I-5 north all the way to SF but what’s the fun in that! All of the bike shop mechanics recommended we take Hwy 58 from Bakersfield to San Luis Obispo and made it sound easy. We had no idea just how not fun and difficult the ride would be. We knew there were hills and that no matter what route we took it would be difficult but this was just insane!

From Buttonwillow to Mcittrick it was only about 12 miles with a gradual incline. It was nice having Hagit join us for this morning session and then we had a nice lunch at Mike and Annie’s restaurant in McKittrick around 11:30. This was the last place for food or water for the next 76 miles so we took our time loading up on energy and water. The triple decker PB&J’s to go would end up being lifesavers later on. We said goodbye to Hagit and rode off into the never-ending mountain range that stood between us and the coast.

The climb started out beautiful and just like any other 1,000 climb except on a two lane switchback shoulder less road instead of the Interstate road that we’ve grown so fond of. We stopped for some photos around 2:30 pm at what we thought was near the summit to find that we only had done about 25 miles for the day! There would be many more summits to follow, two flats and another 60 miles to Santa Margarita. We could have gone to a free room at Grover Beach but the road off of Hwy 58 Google showed us ended up being a dirt road and was not passable by bike.

After another night ride for about two hours we finally arrived in Santa Margarita delirious and hungry. The town was small and quiet. Only a brewery was open and a convenient store so we chatted up the bartender named Dave and a couple that was having a drink at the bar. We learned that our options for food were slim and there were no hotels in town unless we wanted to ride 10 more miles in the dark north to Atascadero or 10 miles south to San Luis Obispo.

Things were not looking good for us at the end of an extremely difficult 90 mile day which might be ranked in the top 5 toughest days, but who knows anymore. Feeling exhausted and defeated by the road our spirits were lifted when a couple walked in with their dog. They were a young couple of locals who owned a restaurant down the street. They offered to cook us food and to let us camp in their yard or sleep on the patio. Carrie is the cook and Ty is a fellow cyclist who has done a few tours and he knew plenty about our upcoming journey on the coast. The food was delicious! Bacon tatter tots, bacon wrapped dates and bacon Brussels sprouts and the main dish was a pot roast on top of mashed potatoes and green beans. All was made fresh and in about 20 minutes! If you are ever near Santa Margarita you got to check out The Southern Station and be sure to give Carrie and Ty a big hug for us!

Today we ride to San Luis Obispo and then over to the 1 and up the coast a bit until we find a nice beach spot to call it a half day and relax. We need it after yesterday and this past week of powering through the desert. If you know anyone in the area let us know! 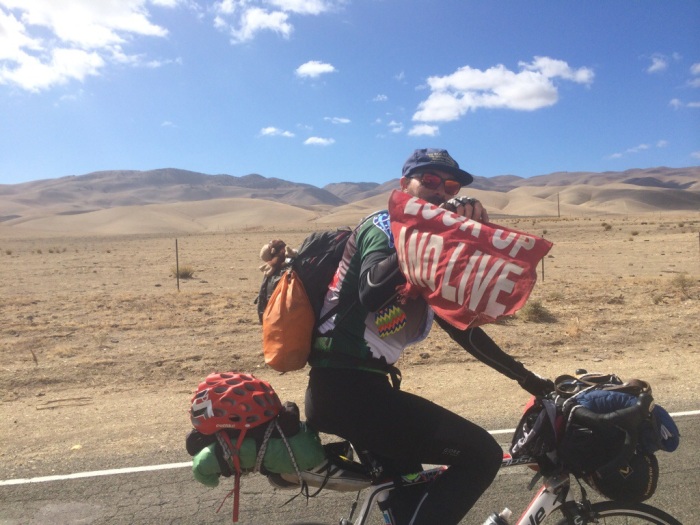 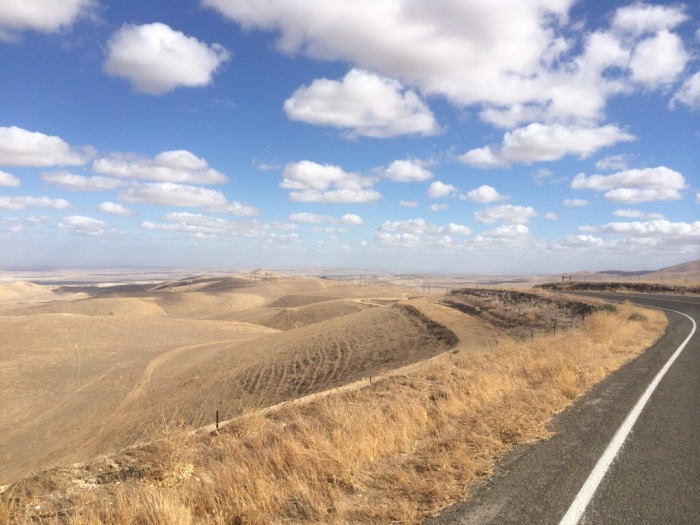 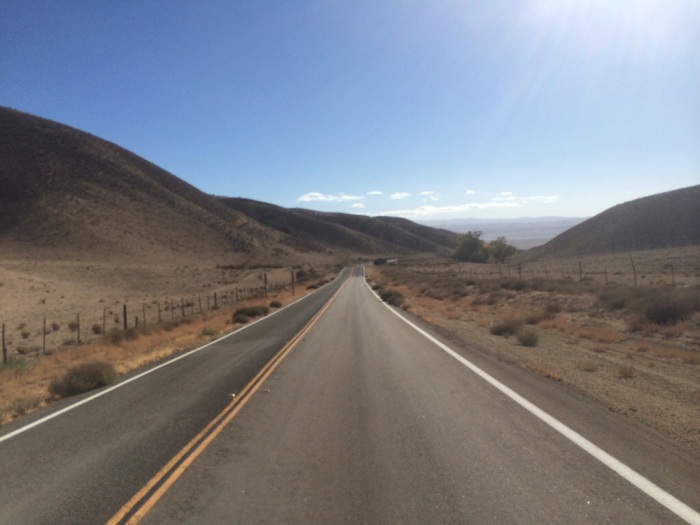 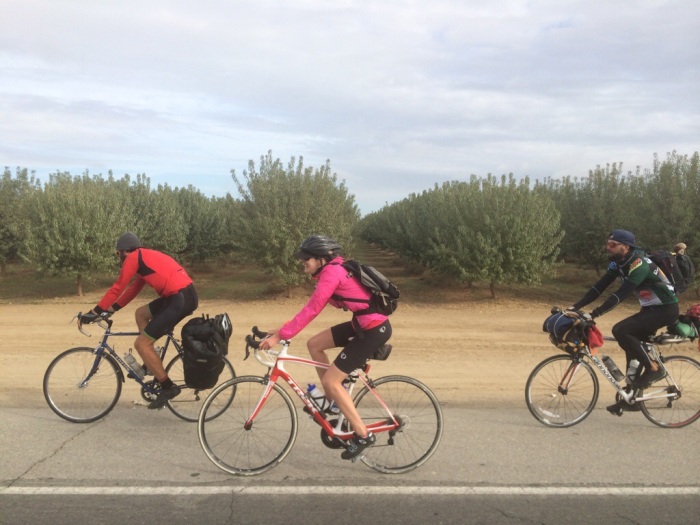 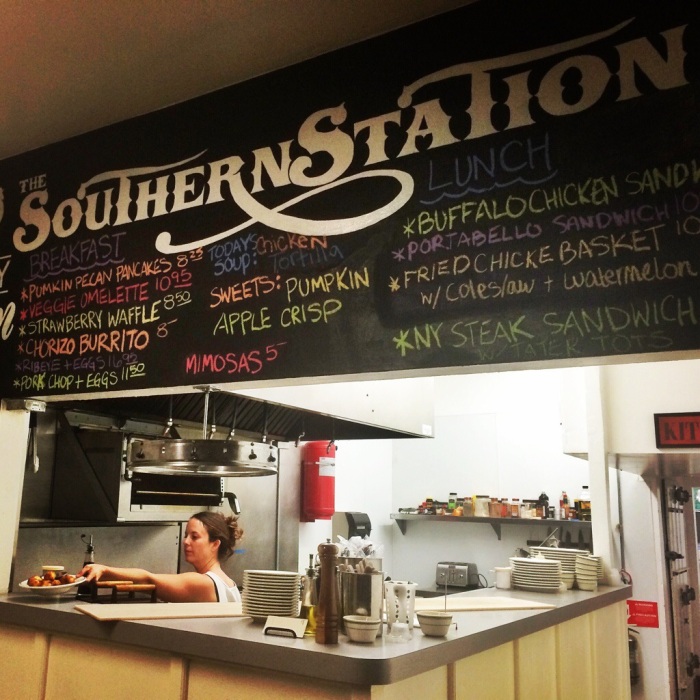 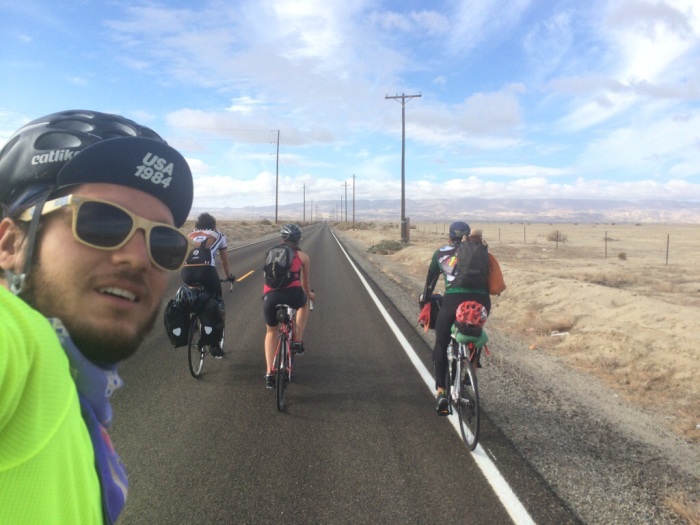 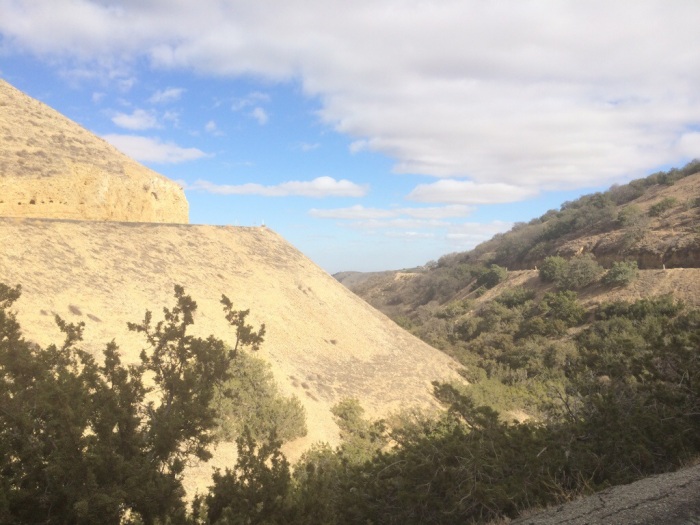 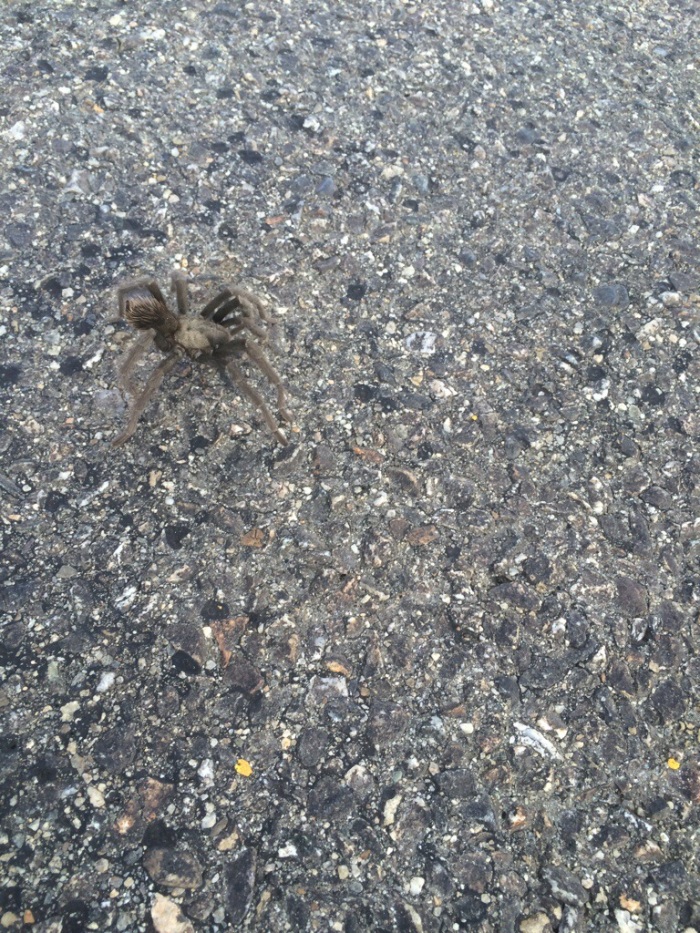 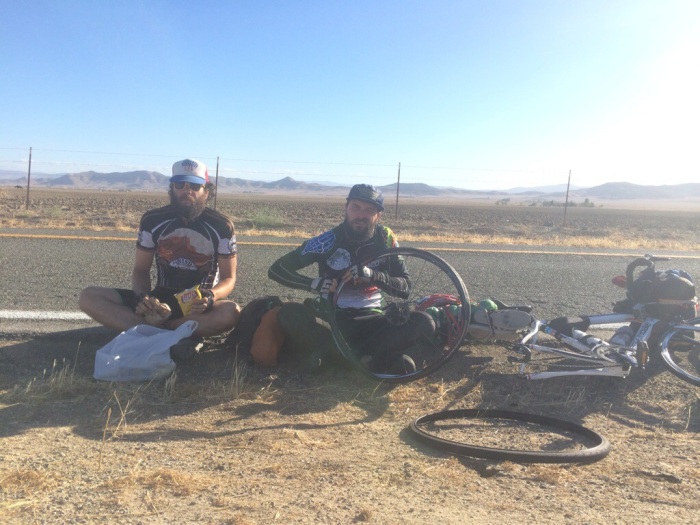 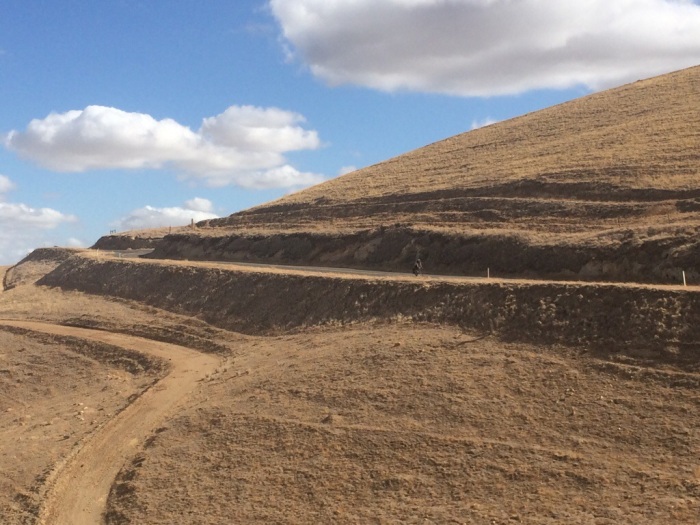 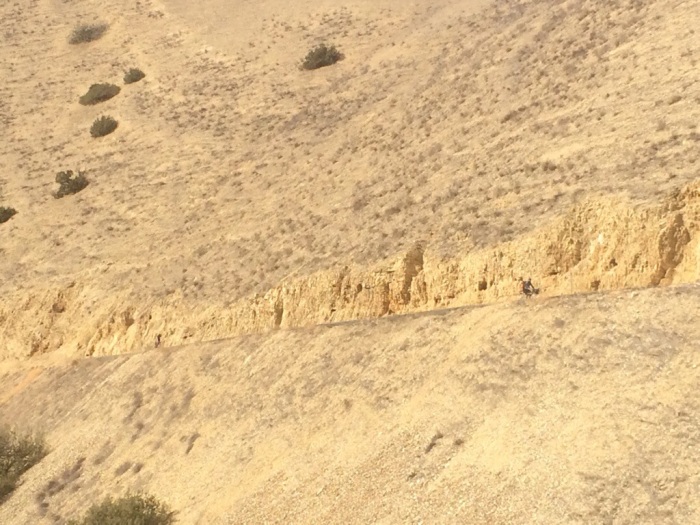