I slept in a hammock again for the 3rd time without a sleeping bag. Bad idea. Shane and Dave slept on a hardwood deck floor outside of our new friends’ place. I woke up at 6:30 as soon as the restaurant opened and started pounding coffee to regain feeling in my toes. Somehow Shane and Dave slept in until about 8. We took our time eating The Southern Station breakfast and hanging with their super friendly staff Kim and Robert. We left Santa Margarita around 11 and split for the coast!

The information we keep getting from non-cyclists about the roads are way off. Supposedly the ride from Santa Margarita was going to be easy and all downhill. That is just not true! We had a tough 10 mile ride to San Luis Obispo where we climbed the first 5 miles of our day and then bombed a hill with a smallish shoulder and huge cliffs to our right and signs for bears crossing. So glad we made it through the desert without seeing any lions, tigers or bears.

As we neared the coast at Morrow Bay the winds started to increase. At one point it felt like getting slapped in the face with a bunch of trash and gust of wind which nearly knocked me off my bike. There was a big hill and on the other side we could smell the ocean. Once we reached the top and could see the endless blue we were hit with a mixture of emotions. Although we are not to the finish line we’ve reached a major milestone. Coast to coast in 56 days and 3700 miles is no joke!

The winds are also no joke on the Pacific Coast Highway. We now realize that as we ride the remainder of our trip alongside the ocean, although it will be beautiful, it will mean that we will be riding straight in to 10-20 mile per hour winds for another 200 miles. In order of worst conditions it goes Wind, Rain, Sun and Hills.

We took a two hour lunch and break from the winds around 2:30 at Cayucos. We are the delicious fish and chips and then passed out. We thought there would be a parade or firecrackers and some great beachside photo shoot. We just sat in a booth and tried to mentally prepare to push another 22 miles to San Simeon. We could have stayed in Cayucos but the miles aren’t going to ride themselves. The wind isn’t getting any better and our goal is still San Francisco by Oct 31st so we have to stay on track.

At least we have some beautiful destinations along the way to keep us motivated. We plan on reaching Big Sur today. Santa Cruz on Wednesday. Half Moon Bay on Thursday and San Francisco by Friday at 5 pm! 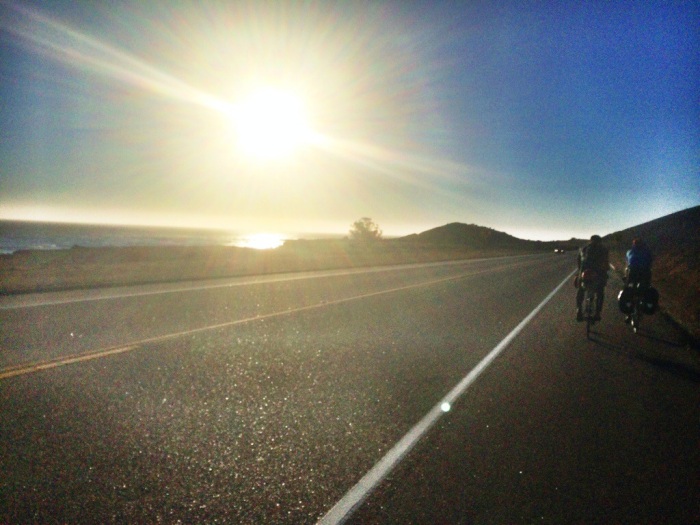 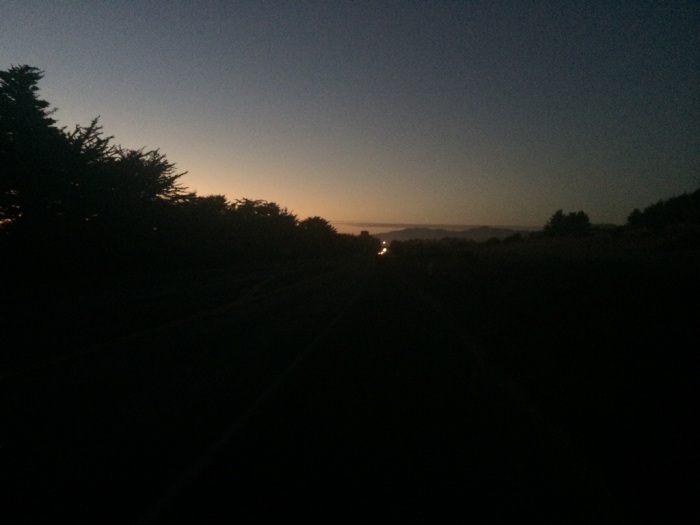 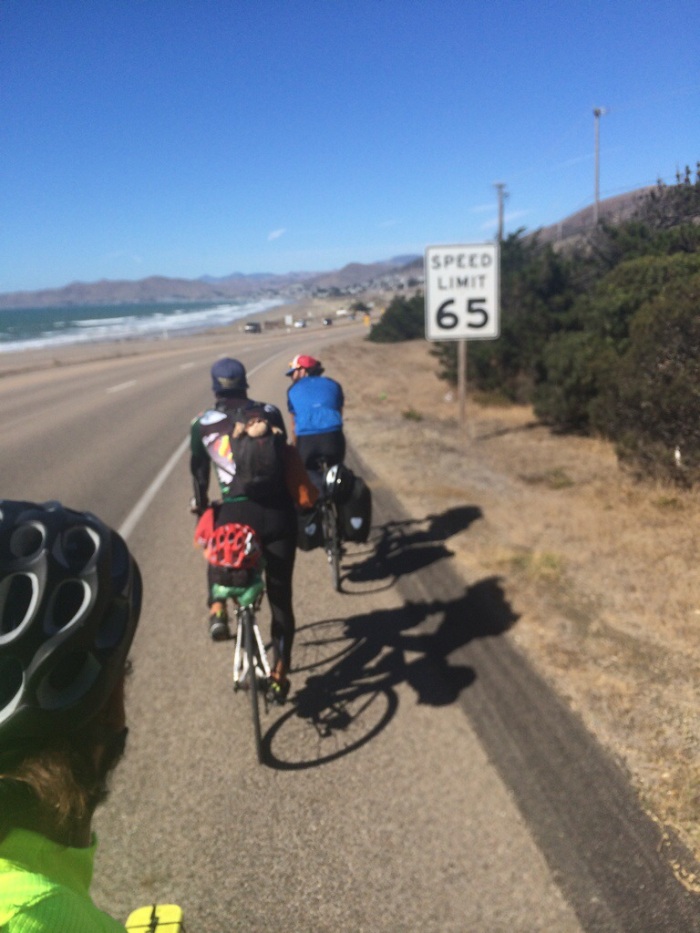 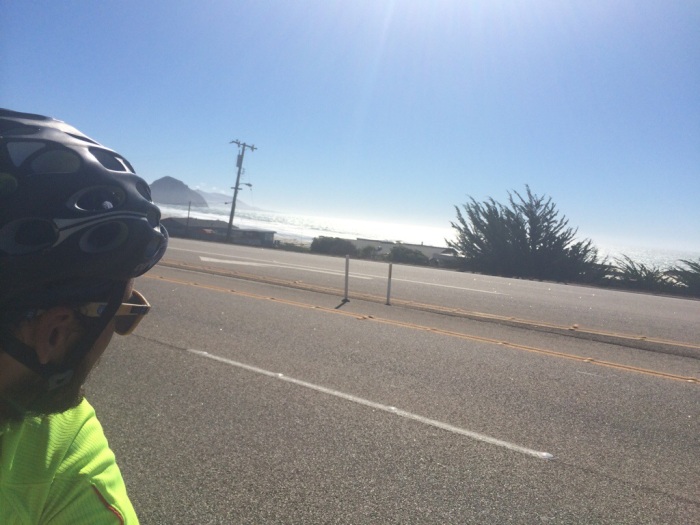