Our weekend in Dallas has been proof that everything happens for a reason. We arrived on Friday and went straight to the Transit Bike Shop. They were so helpful and fixed our bikes up real nice. I got a new tape job and a sealed bottom bracket so my pedals will finally stop clicking. Shane picked up his new debit card from the shop’s mail because his old debit card was last seen somewhere in Tennessee. David got to catch up with his old bike shop buddies Fran and Micah who he met a couple years back while visiting his friend’s Ari and Helen.

This is the same couple that let us stay at their West Village apartment all weekend while they were out of town. Their neighborhood was perfect for us to be able to walk to anything we needed. They were kind enough to leave us the keys to their car so it we could make an REI run on Saturday.

The REI was about 20 minutes away by the Galleria Mall which is super close to University Texas at Dallas. Their soccer teams were matched up against the University of Texas at Tyler Patriots this weekend which was shocking to me because their head coach was my soccer coach growing up 20 years ago. He has been the head coach of UT at Tyler for 13 years now and it was so surreal to go speak with the men’s team before their game. I rambled for what seemed like 30 minutes and then we warmed up with the team. It felt good to use these legs to do something other than pedal a bicycle.

Kenny gave a brief team talk before they took the field and I got to listen in. He spoke about not taking things for granted. Why is it that when things are going great and we are in good health we do not appreciate life and the gifts we have been given?

I’m so thankful that we were in good enough health to ride each day. I’m so thankful that we got to share our story with this great group of young men and inspire some of them to have a positive impact on those in need. Their assistant coach Daniel Amaro and good friend of mine sent me this message after their 3-1 victory.

We stopped at a gas station and we went to throw all the boxes away from the pizza and a homeless guy was on the pay phone and he started looking around and then put all the boxes in a cart behind the gas station and I had half a pizza left and told someone to go give it to him and we grabbed him an apple and a bottle of water too and he was so happy he waved to the entire bus while we were driving off he was yelling yesssssss!

We too have been shown great kindness over the weekend. My friend Brian Cyphers and his wife have driven us around, cooked us food and showed us a great time. My high school friend Libby even got to meet up with us. My aunt Naomi just so happened to be in town this weekend. She lives in Houston and hasn’t bee Ln to Dallas for 6 years so that was pretty amazing. She even bought my sister Crystal a plane ticket so she could have a spontaneous break from being a full-time mother of 4 for a day!

As if all these moving parts coming together weren’t enough to make it clear that we were in the right place I was hit with another surprise for Sunday night. One of the bands I have been following since they only had a few songs out on the interests in 2010 were coming through town on their cross country tour. I’ve seen Snowmine over 20 times but this was the most special of them all. They sounded amazing and I felt the love they pour into their music, fans and friends even more than ever.

I left the show fired up to ride another 2k miles and and that’s when my bearded buddy Don rolls up on Elm Street. His greyhound bus got in around 1am so it was perfect timing. We had an interesting time finding a cab but we ended up in a car with a man from the Lyft app who was the best dude in the business.

Lots of things to be thankful for this weekend but the one thing that stands out the most to me is the realization that the coaches in my life over 20 years ago are still my friends and are still investing their time in the lives of others. Kenny Jones is a great soccer coach but an even better friend and mentor to his players. I can’t wait to get back to doing the same for Street Soccer USA on the pitches of NYC! 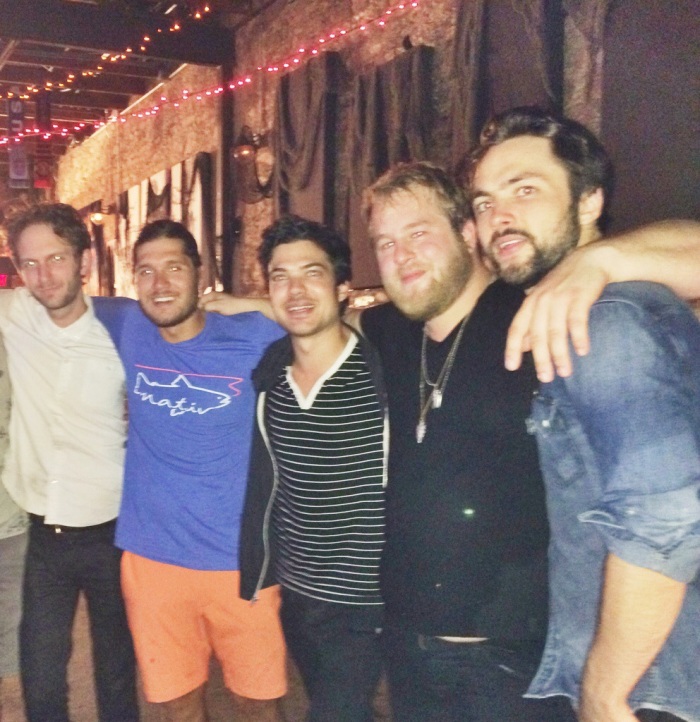